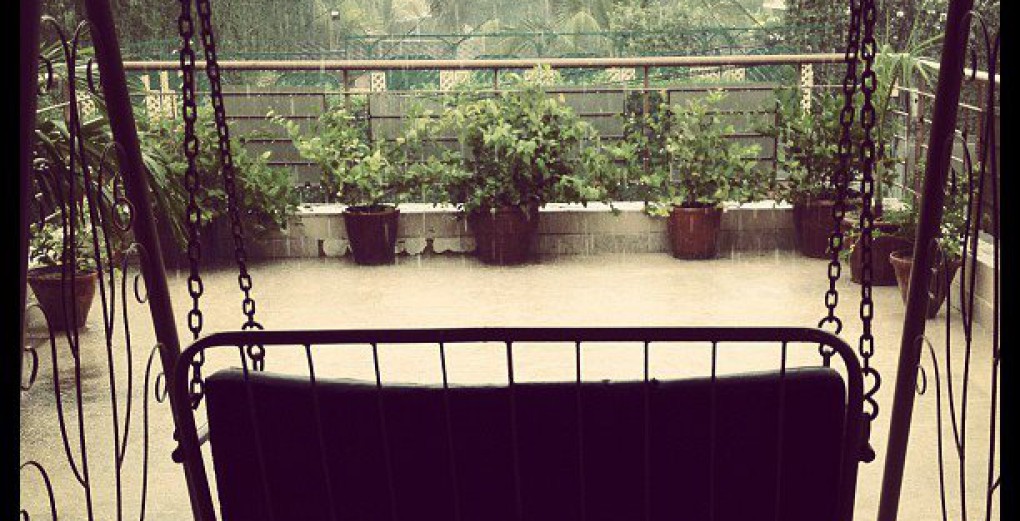 When Jo stepped on pavement, everyone complained about the afro-pop that trailed behind her. Each beat was a kick in the shin, disinviting the people she had come to know and sending bat signals to the family she was fighting for.

Bus rides to New York City lasted 4 hours on good days and 7 hours on bad days. Jo didn’t ever spend that many hours on the bus but any time spent standing around in the grime and nausea of Port Authority Bus Terminal had to be counted.

She remembered the first time she had to make the journey. It was the most pedestrian task and she had slept all the way. Unfortunately, her ability to conk out had faded quickly and she had been forced to make herself busy. The time of year dictated how she used her time. Fall break trips meant coding assignments, winter break trips were for steamy romance novels and spring break trips were for conversation.

The conversations were never with strangers. Jo didn’t care for strangers unless there was something in it for her, like a job offer or some practical advice. Once a man had tapped her on the shoulder to return a $20 bill she had dropped on her way to a catering shift and she always cracked herself up, adding this anecdotal exception to her no-strangers policy. She insisted this was only a bus-policy, but it was obvious she didn’t like to bend the rules in the real world either.

On her most recent bus-ride, Jo was lucky enough to land not one, but two of her friends. Raymond fell asleep before they were even out of town, but Tori was present, albeit tired.

“Are you still thinking of transferring out of here?” Tori figured she would get the heavy stuff out of the way early. She was hoping for some sleep and didn’t want to wait for the conversation to flow.

Jo curled her mouth. “You know – I am very tired. I thought it would be pretty easy to stay motivated and get it done, but I’m struggling.”

In the third week of her Sophomore year, Jo had walked into the Engineering department head’s office. She wanted to be considered for the research positions a few faculty members were offering. It would mean a few extra bucks to send home and gain her some good experience. “Please let me know what other information you need.” She had handed Michael her résumé and waited. Michael was a freakishly tall man and had chaired the department for many years. He had cleared his throat and said, “Maybe you should wait a while. We usually only hire juniors or seniors.”

Jo had just frowned, “I’m sure you do, but I assure you I’m very capable.”

Two weeks later, when the list was posted, Jo saw one of the five positions had been given to a sophomore.

“Her roommate last year, was Kenyan. I didn’t know the Kenyan but it was easy enough to track her down and ask her about Sofia.” Jo told Tori over dinner. “That bitch got a B in Calc II and hasn’t taken a single comp-sci class. I don’t get it. The roommate’s a gem, though.”

It was such missteps that convinced Jo she deserved better.

“Well it was stupid of you to think you would stay motivated enough to finish transfer apps. They don’t exactly promise not to be disappointments.” Tori twisted in her seat on the bus so she faced Jo.

Jo laughed, “You’re right. I signed up for this. I just wish Stanford would send me an email, begging me to accept their offer, scholarship and all.”

“Do they even accept transfers? The only person I know who got accepted was this idiot who decided to go to medical school instead.”

A Jesus billboard sailed past the window and Tori began to laugh.

“We should’ve taken a picture for Patty.”

Jo nodded lovingly, “She would have probably printed it out and pasted it above her bed. That girl isn’t real. You know she had three dates lined up for last Saturday night? She turned two of them down last minute and went on the third only after making sure she would be back home early enough to get to church the next morning.”

Patty had rubbed Jo the wrong way so many times. Every time Jo turned down an invitation to hang out with the group, Patty would chime in. “Is it catering, tutoring or laziness? Which is it this time, Jo?” They would argue for hours and end up surrendering to each other. If not each other, then who else?

“Patty the Player, indeed.” Tori inserted an ear-phone into her ear.

Jo watched as Tori fought sleep. They had met in the only coding class Tori had ever taken. The program the lab instructor used to randomly assign lab partners, had paired Jo and Tori four times. It was one of Tori’s favorite anecdotes about the origin of their friendship. In the early days, they would both get off from work, ditch the papers they had to write and ride the local bus back and forth until the bus rider told them to buzz off. It was the strangest kind of liberation Jo had tasted. They were still stuck in the same blurry, faceless area they were forced to call home, but if the bus was moving they could hope for something to change on the outside. It was in those early days that Jo had told Tori she wanted to work for Microsoft and Tori had smiled politely. “That’s nice.”

When her friends couldn’t give her answers any more assuring than the faculty’s, she began to sneak away. One weekend at Columbia and the next at Princeton and the next in an Airbnb in Boston and so on. She sought out people who looked like home and who believed her when she said she would do great things. Tori would joke that Jo didn’t live on-campus anymore. She lived in buses and on trains. Jo felt it necessary to add, that if it were up to her, she would also live on planes but her pocket didn’t allow it.

It was when they had entered the city that Jo’s phone rang.

She checked the number and frowned. Tori stirred as the ringing continued. “Who is it?”

Jo shook her head and picked up.

“Sawa, mama? Habari yako?” Jo was still slumped against the window, barely visible in the dark. They had managed to waste over 5 hours on the road and lost all daylight.

There was a long pause as Jo listened and stayed unmoving. And then suddenly she bolted upright, “What?! Alifanya nini?”

She shook her head and her voice got louder. Tori shifted uncomfortably when two other passengers turned back to glare at them.

“Hello?! Hello? Damn it!” Jo stared down at the phone screen and then at Tori.

Tori didn’t have to ask.

“He took every single penny I sent my mother and sister. He’s been taking it since the beginning. He took my sister out of the school I wanted her to attend and put her in a cheaper one. And now he’s put my mother on the street because she came home from the market later than she said she would.”

Tori could only see Jo’s eyes and silhouette in the dark.

“She’s outside. Standing in the cold, alone. She has no money, she has no food. The nearest relative is this aunt who lives in the next town. How is she supposed to get there? It’s the middle of the night right now…”

Tori didn’t understand how all this could happen. How was a college kid supposed to help from across the ocean? How did things ever come to this?

“Jo, can you really do anything?”

“It doesn’t matter. I must. Who else will? I’ll just need to send her every penny I have in my account right now. It’ll take a week.”

Tori left Jo in the grime and nausea of Port Authority Bus Terminal. She had to catch another bus but Jo was in no hurry anymore. Tori caught one last glance of her sitting on the floor and snapping open her laptop, presumably to start emptying her pockets.

Pats On the Back